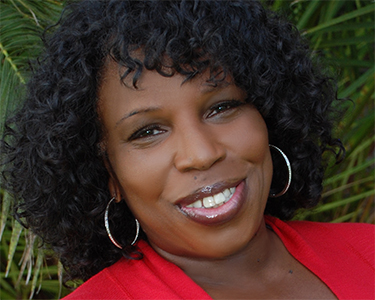 Victoria spent ten years in Corporate America before she tested her entrepreneurial spirit. She opened a Financial Services Agency for Aegon, USA where she managed the number one division for nine consecutive years. However, Victoria never lost the dream to write and when the “bug” hit her again in 1997, she answered the call.

Victoria originally self-published her first novel, Temptation and in 2000, Time Warner published that novel. Temptation made numerous best sellers list and remained on the Essence bestsellers list for nine consecutive months. In 2001, Temptation was nominated for an NAACP Image Award in Outstanding Literature.

Since Temptation, Victoria has written over twenty other adult novels, including: JOY, Grown Folks Business, The Ex Files, The Deal, the Dance and the Devil and the popular Jasmine Cox Larson Bush series.

Victoria has received numerous awards including the Golden Pen Award for Best Inspirational Fiction and the Phyllis Wheatley Trailblazer Award for being a pioneer in African American Fiction. Since 2007, Victoria has won nine African American Literary Awards for best novel, best Christian fiction and Author of the Year — Female. After four nominations, Victoria finally won an NAACP Image Award in Outstanding Literary Work for her social commentary novel, Stand Your Ground.

Several of Victoria’s novels have been optioned to become movies, including The Deal, the Dance and the Devil and the Ex Files series.

With over one million books in print, Victoria is one of the country’s top African American contemporary authors.

Victoria splits her time between Los Angeles and Washington D.C. In Los Angeles, she attends Bible Enrichment Fellowship International Church under the spiritual tutelage of Dr. Beverly “BAM” Crawford and she is a member of Delta Sigma Theta Sorority.

The Root online magazine listed Laurie Jean Cannady's memoir, Crave: Sojourn of a Hungry Soul, as one of the best nonfiction books by black authors in 2015. Kirkus Reviews described Crave as a "bold, honest, and courageous memoir." Foreword Reviews listed Crave as an Indiefab Book of the Year 2015 finalist in the autobiography/memoir category. Additionally, Crave was named a finalist for the Library of Virginia People’s Choice Award for Nonfiction.

Laurie Jean has published personal essays on poverty, domestic violence, and military sexual trauma in a number of publications, including The Rumpus, Good Housekeeping, and Ink and Letters.  She has presented talks, lectures, and workshops at numerous organizations, including the KGB Literary Bar, Girls Write Now, The Women’s Initiative, and West Point Military Academy.

Laurie Jean is the Mellon Foundation Endowed Chair of English and Foreign Languages at Hampton University and a member of the creative writing faculty in the Wilkes University MA/MFA low-residency Creative Writing Program. Laurie Jean holds a Ph.D. in Literature and Criticism from Indiana University of Pennsylvania and an MFA in Creative Writing from Vermont College of Fine Arts. 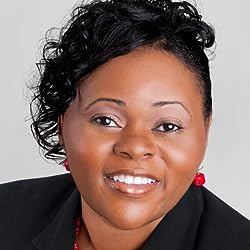 Dr. Ngozi (pronounced en-Goh-zee) M. Obi is an American author of Nigerian Ibo descent whose love for writing has evolved into four published works of fiction to date.

Her journey as a writer began in response to her search for a genre of books with an inspirational message that seamlessly tackle the complexity of life’s concepts with ease. She also found that delving into writing served as an escape and a way to deal with her late mother’s illness and subsequent passing. It allowed her to tap into her vivid imagination and create tangible characters that most people can easily relate to.

Dr. Obi also practices as a pharmacist in the state of Virginia, where she serves the community by helping save lives through medical outcomes intervention. Her role as a Pharmacist is one she takes very seriously and uses it frequently to educate the community on the importance of being present and owning a role in one’s personal health care. She hopes to bring greater awareness to this concept through speaking engagements. 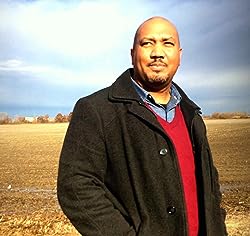 Ran is a graduate of Morehouse College (BA in English), Pace University (MS in Publishing), and George Washington University Law School (JD) and is the winner of the adult fiction category for the Virginia Indie Author Project for 2018. He is also the recipient of both a 2005 Mississippi Arts Commission/NEA artist grant and a 2006 artist mini-grant.  He served as an Artist-in-Residence with the Mississippi Arts Commission in 2006.  Additionally, he is a past participant in the Hurston-Wright Writers Week Workshop and is the recipient of a fellowship from the Callaloo Writers Workshop.

His first collection of poetry, Most of My Heroes Don't Appear On No Stamps: Kwansabas, will be published in March of 2019 by The University of Hell Press, based out of Portland, Oregon.

Ran is an Assistant Professor of English and Creative Writing at Hampton University and lives in Virginia with his wife and much better half, Lauren, and his amazing little rockstar daughter, Zoë.